India faces another tryst with destiny

India faces another tryst with destiny 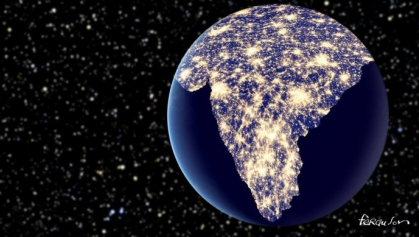 On the eve of independence in 1947, Jawaharlal Nehru, India (https://www.ft.com/topics/places/ India)’s first prime minister, spoke of a “tryst with destiny”. This vast, diverse and impoverished country had set itself on the path of democracy and development. Seventy years later, India remains a democracy and has progressed with development. The record is not without blemishes. Yet Indians have reason to feel proud of what they have achieved.

So what might lie ahead? The UN (https://esa.un. org/unpd/wpp/publications/files/key_findings_ wpp_2015.pdf) forecasts that India’s population might be 1.7bn by 2050, against China’s 1.35bn. This sounds unmanageable. But the population has already grown from 376m in 1950 to 1.3bn in 2015. Yet the country is far more prosperous than it was at independence. As the Indian finance ministry’s excellent Economic Survey (http://indi abudget.nic.in/survey.asp) notes, real gross domestic product per head has increased by some 4.5 per cent a year over the past 37 years. Average real incomes per head have risen from 5 per cent to 11 per cent of US levels over this period. This is the second most important economic story of the era of globalisation, after China’s even more dramatic rise.

In a particularly illuminating analysis of Indian development, the Economic Survey demonstrates that the country has moved from socialism to “open trade, more open capital markets and reliance on the private sector”. What is known (often pejoratively) as the “Washington consensus” is now an Indian consensus. Reforms have continued under the government of Narendra Modi (http://next.ft.com/content/7f62 2798-be3a-11e6-8b45-b8b81dd5d080), notably a new bankruptcy code and a goods and services tax (https://en.wikipedia.org/wiki/One_Hundred_a nd_First_Amendment_of_the_Constitution_of_ India).

India’s ratio of trade to GDP is now much the same as China’s, for example. Net inflows of foreign capital are in line with those to other emerging economies. Again, India’s public sector undertakings are no longer exceptionally large relative to national income. Government spending is also in line with global norms for a country at its level of development. A great effort has been made by the present government to reduce the costs of doing business and create a friendlier environment for investment. The days of the bureaucratic “licence raj” (http://next.ft.co m/content/d38489fa-ecf4-11e5-888e-2eadd5fbc4 a4) are far in the past. If we look to the future, India also has the apparent advantage of the relatively slow ageing of its population. Yet the Economic Survey also admits to three unfavourable differences between India and other market-oriented emerging economies: hesitation over embracing the private sector and protecting property rights; weak state capacity, notably in the delivery of education and health; and a redistribution of income that is both extensive and hugely inefficient. These features, it plausibly suggests, reflect the fact that India was a precocious democracy — it was democratic long before it developed. The optimist will argue that these handicaps will diminish as the country becomes richer.

The pessimist will answer that they will ultimately throttle continued progress. But democracy is not a luxury; it is a necessary condition for India’s existence as a united country. With a bit of luck, India’s growing middle class will compel needed improvements in the quality of governance.

If we consider the obstacles that lie ahead, three seem particularly important over the long term, while one stands out in the short term.

The first of the long-term challenges is education. A vast and growing labour force is only a boon, rather than a handicap, if it possesses the skills needed for a rapidly developing economy. Education is a state responsibility. Yet “competitive federalism” — competition among states — has not yet promoted needed improvement in educational services.

A second long-term challenge is the environment. Between now and 2050, India’s real GDP could grow by 400 per cent. Urbanisation will also proceed apace: today, a third of India’s population is urban; by 2050, this ratio could well have doubled. Managing this successfully will require a huge amount of organisation and investment. But environmental challenges will not only be local. India will need to develop without a vast increase in its use of fossil fuels.

A third long-term challenge is the external economic environment. Under plausible assumptions, the share of India’s exports of goods and services in global GDP might double over the next decade. True, that share is still very low, at 0.6 per cent (against 3.3 per cent for China). But, given the backlash against globalisation under way in high-income economies, this might not go smoothly. India will need to consider how it can promote the open world economy.

The big short-term challenge is the disturbing weakness of investment. The Economic Survey attributes this in part to the “twin balance sheet problem” — the combination of overleveraged companies with encumbered banks. It argues that the economy will not grow out of these debts, partly because they hinder investment and growth. The answer is a combination of recognising losses, restructuring debts and radical reform of banking. This will be difficult but it is surely essential.

India has a good chance of being the world’s fastest-growing large economy, ultimately emerging as another democratic superpower by the middle of the century. But the challenges it faces are enormous. Past successes suggest these might be overcome. But much will have to change and many of those changes will not happen automatically. Once again, India has a tryst with destiny. 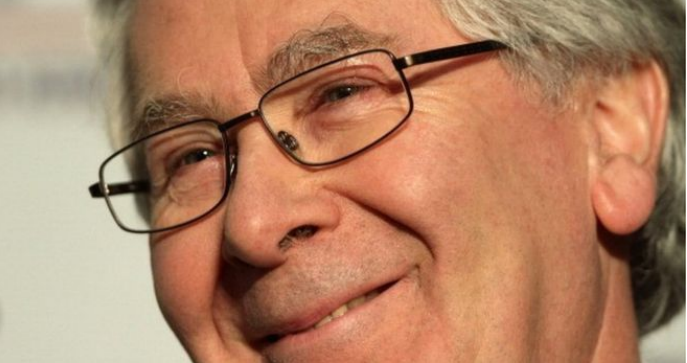